September saw the culmination of a large year-long project for Event Scotland’s Year of Young People - the Big Takeover. Young people worked with partners in seven venues to create an exciting event for young people in Shetland that delivered a full programme of arts, culture and sports on a scale never seen before in Shetland. This was one of twelve signature projects for the Year of Young People. 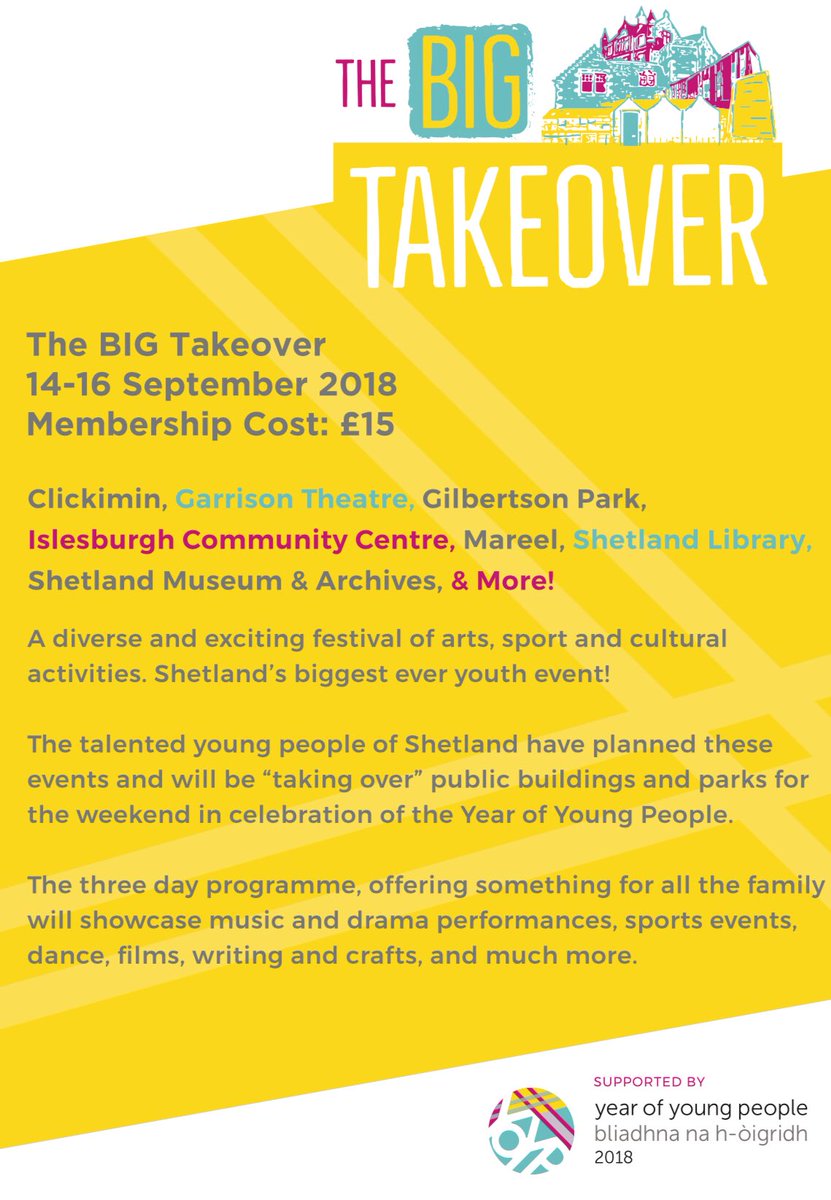 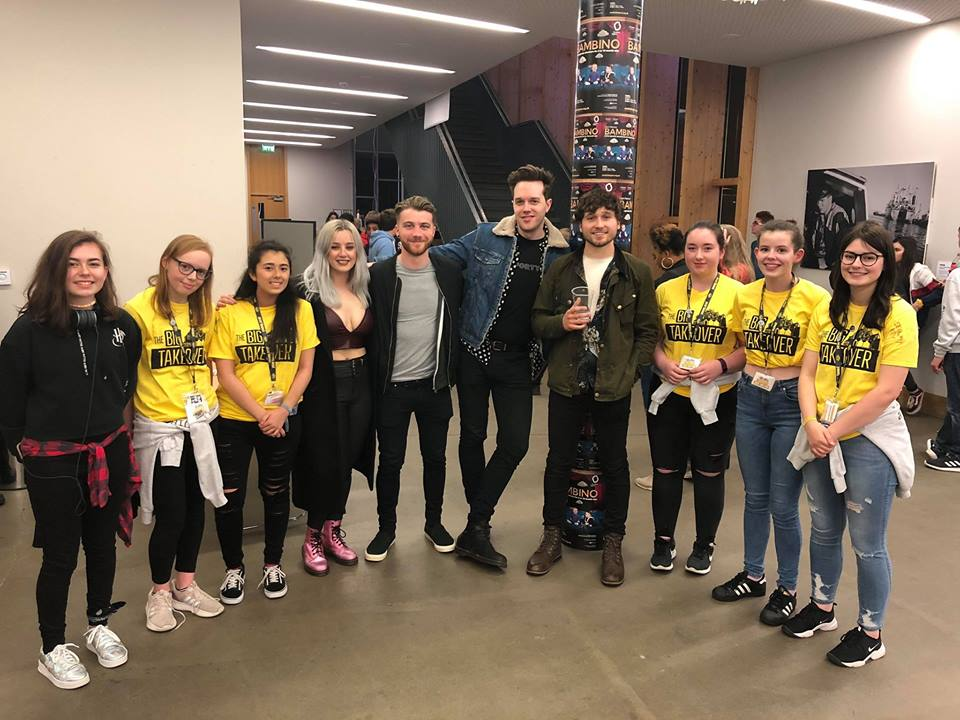 Youth Services then did an initial consultation with young people, led by Shetland’s Year of Young People Ambassadors. This started discussions around the kind of events and workshops that young people would like to see as part of the Big Takeover weekend.

The ambassadors and other interested young people were then split into venue teams. These groups worked closely with each venue to plan the programme, including sourcing artists and freelancers to deliver the events and workshops, and providing information about the events to get the programme on sale and marketed. 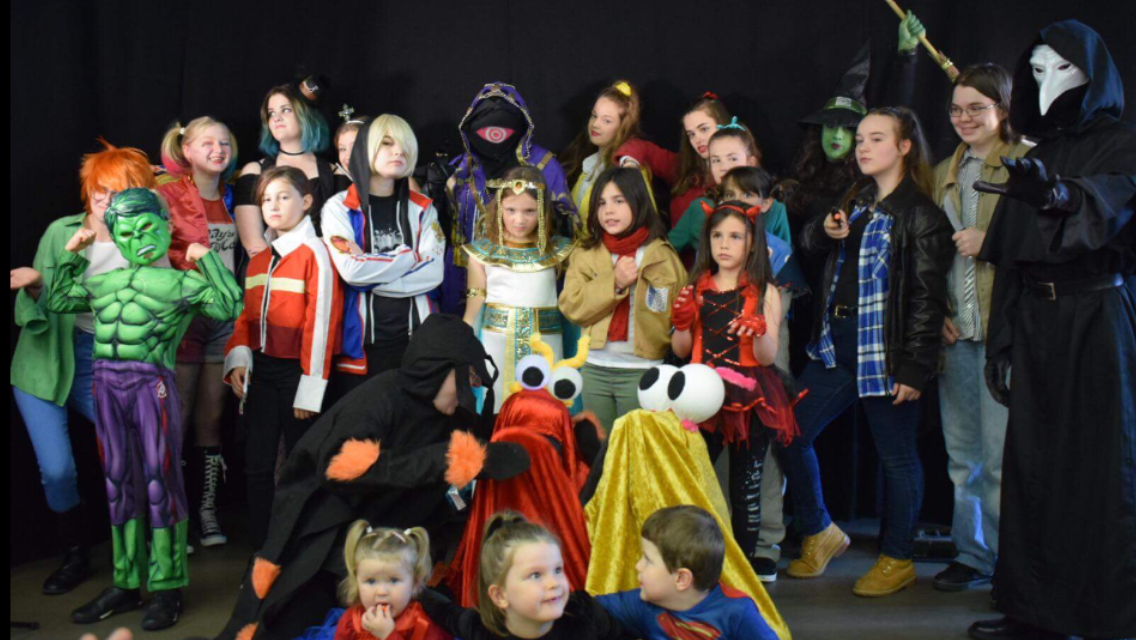 As Shetland Arts we are lucky to work closely with creative groups of young people, including Shetland Young Promoters Group and Maddrim Media. These groups were integral to the success of the Big Takeover. Maddrim Media were key to the film aspects of the weekend, suggesting films to show in Mareel, freelancers to run workshops, and helping with the Cosplay competition. SYPG organised all of the music events over the weekend, including sourcing national and local bands for the Friday and Saturday night gigs. They also worked hard to pull together the final event of the weekend, Shetland Youth’s Got Talent, which was a huge success.

We were also able to run the Bairn’s Open during the Big Takeover. Blooming Youth took place in the Jubilee Flower Park, and brought together pieces of work from bairns of all ages. We had workshops running in the park all weekend which were well attended despite the weather!

“Really well organised and we certainly got our money's worth! The ASN session, I felt, was really successful for those that attended as the other sessions were just too busy and noisy for some. Thanks to the young volunteers who kept everything running smoothly. When's the next one?”

“The kids had an amazing weekend! So much for them to do. Fingers crossed for a Big Take Over 2!”

“Totally Awesome - well done to all who organised”